The City of Santa Ana relies on two sources for the 11 billion gallons of water it supplies to residents and businesses each year: 77 percent is groundwater and 23 percent is imported water purchased from Metropolitan Water District of Southern California (MWD). MWD is a regional wholesaler that provides water to 26 member public agencies like Santa Ana throughout Los Angeles, Orange, Riverside, San Bernardino, San Diego and Ventura counties.

Imported — MWD brings Colorado River water from Lake Havasu through the 242-mile Colorado River Aqueduct to Lake Mathews near Riverside. It also transports water from the Sacramento and San Joaquin River junction in Northern California via the State Water Project’s 444- mile California Aqueduct. The water is then treated at either the Diemer Filtration Plant in Yorba Linda or the Weymouth Water Treatment Plant in the City of La Verne before it is delivered to Santa Ana. There are seven MWD connections located in the city.

Groundwater — Santa Ana sits on the Orange County Groundwater Basin, which contains approximately 500,000 acre-feet (162.9 billion gallons) of usable storage water and covers 270 square miles. The aquifers comprising this underground basin extend over 2,000 feet deep and naturally filter groundwater by forcing it to pass through small pores and between sediments, which helps to remove substances from the water. Santa Ana pumps this groundwater to the surface by 21 city-owned wells. 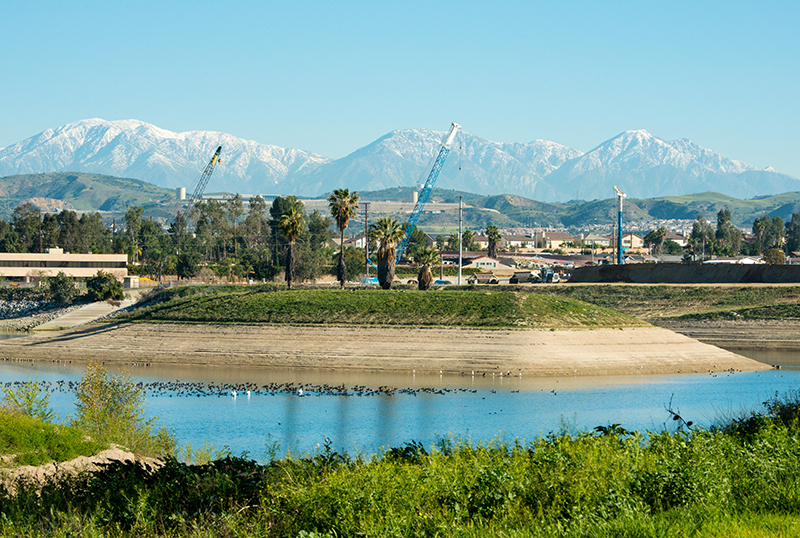 Most of our customers receive a blending of the two sources: groundwater and imported water.