What’s in my drinking water?

Your tap water may contain different types of chemicals (organic and inorganic), microscopic organisms (e.g., bacteria, algae, viruses) and radioactive materials (radionuclides), many of which are naturally occurring. Health agencies require monitoring for these constituents or substances, because at certain levels they could make a person sick. The column marked “Chemical” lists the substances found in the water Santa Ana delivers.

What are the maximum allowed levels for constituents in drinking water?

Health agencies have maximum contaminant levels (MCL) for constituents so that drinking water is safe and looks, tastes and smells good. A few constituents have the letters “TT” (Treatment Technique) in the MCL column because they do not have a numerical MCL. Instead, they have certain treatment requirements that have to be met. One of the constituents, total chlorine residual, has an MRDL (maximum residual disinfection level) instead of an MCL.

The MRDL is the maximum level of a disinfectant added for water treatment that is allowed in water. While disinfectants are necessary to kill harmful microbes, drinking water regulations protect against too much disinfectant being added. Another constituent, turbidity, has a requirement that 95 percent of the measurements taken must be below a certain number. Turbidity is a measure of the cloudiness of the water. We monitor it because it is a good indicator of the efficiency of the filtration system.

Why are some of the constituents listed in the section labeled “Primary Standards” and others in the “Secondary Standards”?

Constituents that are grouped in the “Primary Standards” section may be unhealthy at certain levels. Constituents that are grouped under the “Secondary Standards” section can affect the appearance, taste and smell of water, but do not affect the safety of the water unless they also have a primary standard. Some constituents (e.g., aluminum) have two different MCLs, one for health-related impacts, and another for non-health related impacts. 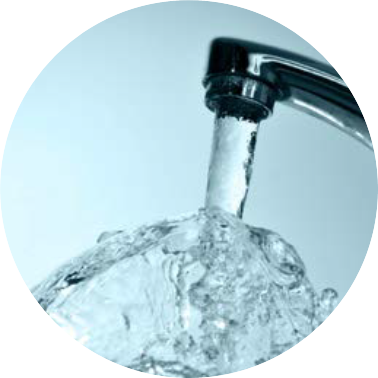 How do I know how much of a constituent is in my water and if it is at a safe level?

With a few exceptions, if the average amount of a constituent found in tap water over the course of a year is no greater than the MCL, then the regulatory requirements are considered to be satisfied. The highest and lowest levels measured over a year are shown in the range. Requirements for safety, appearance, taste and smell are based on the average levels recorded and not the range.

How do constituents get into our water supply?

The sources of drinking water (both tap water and bottled water) include rivers, lakes, streams, ponds, reservoirs, springs, and wells. As water travels over the surface of the land or through the ground, it dissolves naturally occurring minerals and, in some cases, radioactive material, and can pick up substances resulting from the presence of animals or human activity. Contaminants that may be present in source water include:

Are there any potential sources of contamination in our system?

Groundwater — An assessment of the drinking water wells for the City of Santa Ana was completed in December 2019. Santa Ana’s wells are considered most vulnerable to historic agricultural activities, golf courses and application of fertilizers, which are associated with contaminants detected in the water supply. Our wells are also considered most vulnerable to chemical/ petroleum pipelines, chemical/petroleum processing/stores, dry cleaners, gas stations, junk/scrap/salvage yards, metal plating/ finishing/fabrication, plastics/synthetics producers and sewer collection systems, although constituents associated with these activities were not detected.

You can request a copy of the most recent Watershed Sanitary Surveys by calling Metropolitan at 213-217-6000.

Source water protection is an important issue for all of California. Treatment to remove specific contaminants can be more expensive than measures to protect water at the source, which is why Metropolitan and the City of Santa Ana invest resources to support improved watershed protection programs to safeguard our groundwater. 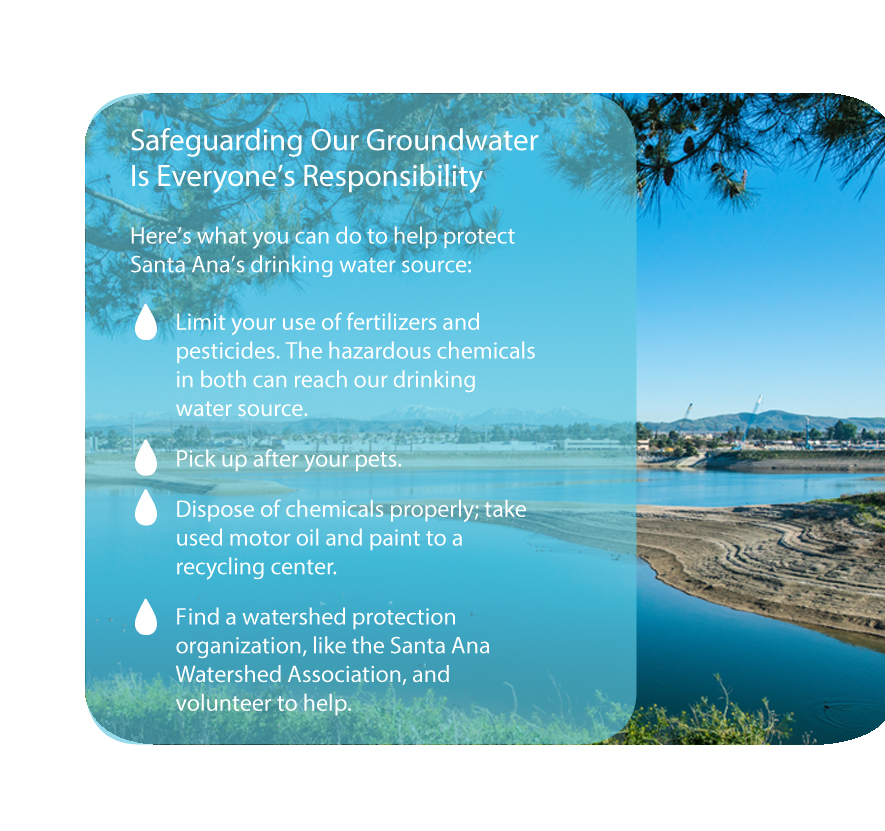